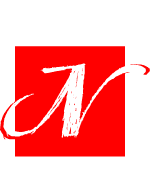 During final drafts and editing, we begin marketing the author and the book, thus building a solid foundation from which to launch both electronic and printed books.

We leverage our 30+ years of in-house sales and marketing expertise. After all, the best written book and most compelling story needs awareness to generate sales.

We have contacts with independent editors, copywriters, printers, and artists, affording us the ability to take a book from concept to published, to marketed and sold.

OFFICIAL RELEASE FEBRUARY 11, 2016. Ninveth Publications has the exclusive rights to the epic Metaphysical-Fantasy series, THE MICHAEL ARCHIVES, by C.E. Robinson.

THE MICHAEL ARCHIVES are the epic stories of the war in Heaven between the Angels and the Overlords, The Givers and The Takers. Based on C.E. Robinson's Weltanschauung or philosophy, it's the story of how this war started between El Elyon, the ultimate Giver, and Prince Satan, the ultimate Taker. It is this ancient war that has polluted and destroyed Earth’s sister planet, Eden and now threatens our very own planet Earth (or Urantia as it is known in the Celestial Realm).

The first book in the series, LILITH—EDEN'S PLANETARY PRINCESS, begins 35,000 years ago when the war in Heaven explodes into Eden’s Material world. Angels incarnating into Eden, a cesspool of inhumanity are being captured and Harvested. Their Essence is dissected, and their parts are used to create an army of Nephilim, manufactured creatures perfectly loyal to their Overlord masters.

King Joshua is desperate to save his Angels. After all, he sent them into this battle to fight the Overlords. His Angels willingly volunteered to dive into Eden to protect the citizens of that troubled world from the invading Overlords. However, his Angels risk being captured and destroyed by the Harvesters, thereby loosing their existence for all time.

Now, a new enemy has emerged — Lilith. A military leader of unprecedented brilliance, she has arisen out of nowhere, becoming Eden’s Planetary Princess, Eden’s absolute ruler. This is the story of her rise to power.

More About LILITH and THE MICHAEL ARCHIVES